5 Tips for Feeding Snacks to Kids

Here are five simple French-inspired rules regarding snacking for kids Many of these can also be applied to adults too!
Tags: Cooking as a Family • Eating for Health • Getting Started in the Kitchen • Healthy Classrooms • Healthy Family • Kid Food • Kids having fun with food • New To Cooking • Nutrition Basics • Obesity • Picky Eating
By Nimali Fernando, MD, MPH and Sarah Moran, Registered Dietitian
Print 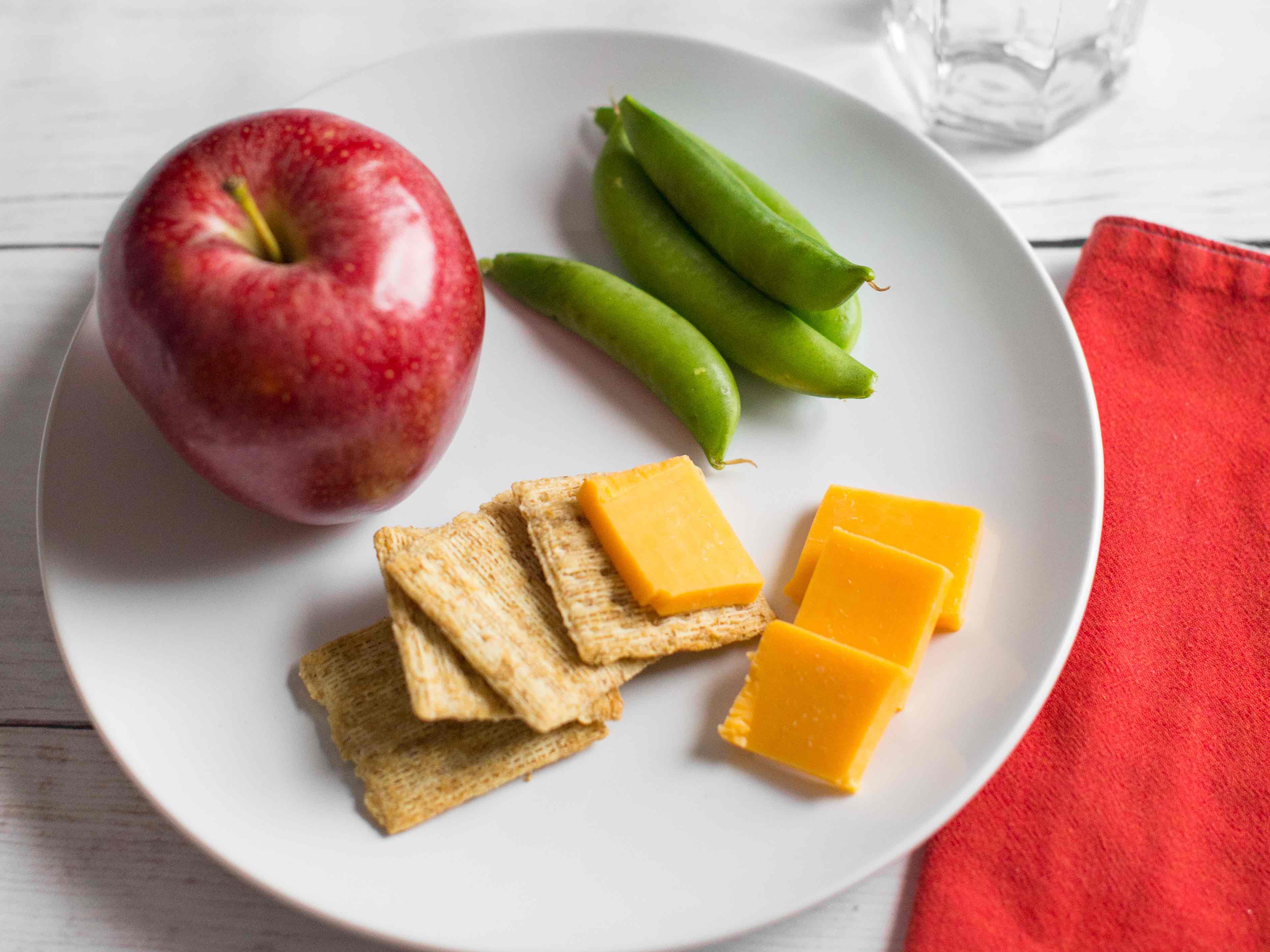 In the book "French Kids Eat Everything" by Karen Le Billon, a mother describes the year she spent in her husband’s native France trying to get her two small children in touch with the French way of life. She soon discovers the typical North American way that kids eat is so much different than in France. The French seem to have a cultural sensibility about how to get their children eating healthy delicious food from a VERY young age. Leek soup, beet salad, fresh bread, and strong French cheese -no problem! This is typical kindergarten fare at the school cafeteria. She spends a year trying to get her kids accustomed to the French way of eating by exposing them to all sorts of local foods in a very matter-of-fact fashion. Le Billon’s account of her time in France also demonstrates that French kids just don’t snack. Period. After school they have a small “meal”, sitting down at a table called le goûter. Typically it may be yogurt and fruit or bread and cheese. Then food is put away and there is no snacking until dinner, typically from 7:00 to 7:30. Easy as that!

What if kids get hungry? Well, hunger is a normal human sensation that kids get accustomed to, and it also helps them to eat more nutritious foods at mealtimes. A child who is faced with broccoli at dinner is more likely to eat it if she is not full of fishy crackers, pretzels, and fruit snacks. What's so sensible about the way the French kids snack is that the snack is limited, well balanced and satisfying. For kids that are doing after school activities, a satisfying and well-planned snack can hold them over until dinner without having to munch on snack food on the way home.

Here are five simple French-inspired rules regarding snacking for kids.  Many of these can also be applied to adults too!

1. Let hunger develop: Small children should probably be offered a mid-morning snack and a later afternoon snack. Older children and adults may only have time for one late afternoon snack. Other than that, snacks should be put away so that children are more likely to eat their meals. When we let hunger develop we are more likely to try foods that are offered at meals. During these breaks from eating children can also focus on other ways of developing and growing.

2. New habits take time: Children will probably protest at first when they are getting used to a "no snacks on demand" routine. It’s okay. This is a change which over time they will likely get use to if you stay consistent. Provide simple explanations for the change in your routine, and then don’t give in.

3. Give balanced snacks: Snacks should consist of foods that one would give at meals. If your snack says “Snack” on the packaging, it’s probably more of a treat than a healthy snack! Instead of “filler foods” like fish crackers, pretzels, chips, and fruit snacks which don’t offer much nutrition, try to provide a balance of carbohydrate, protein, fiber, and fat. Providing all four of these elements will help your snack to be more filling and satisfying.

4. Plate snacks to keep portions sensible: Be mindful of portions by serving a sensible amount in a bowl or plate. This will avoid overeating which is easy to do when hungry.

5. Drink water: Avoid sweet drinks like juice, sports drinks, soda, or other sweetened beverages with snacks. Water and milk are good choices for snack time. Smoothies that combine fruit, veggies, yogurt, and other nutritious ingredients can also work well as a snack. 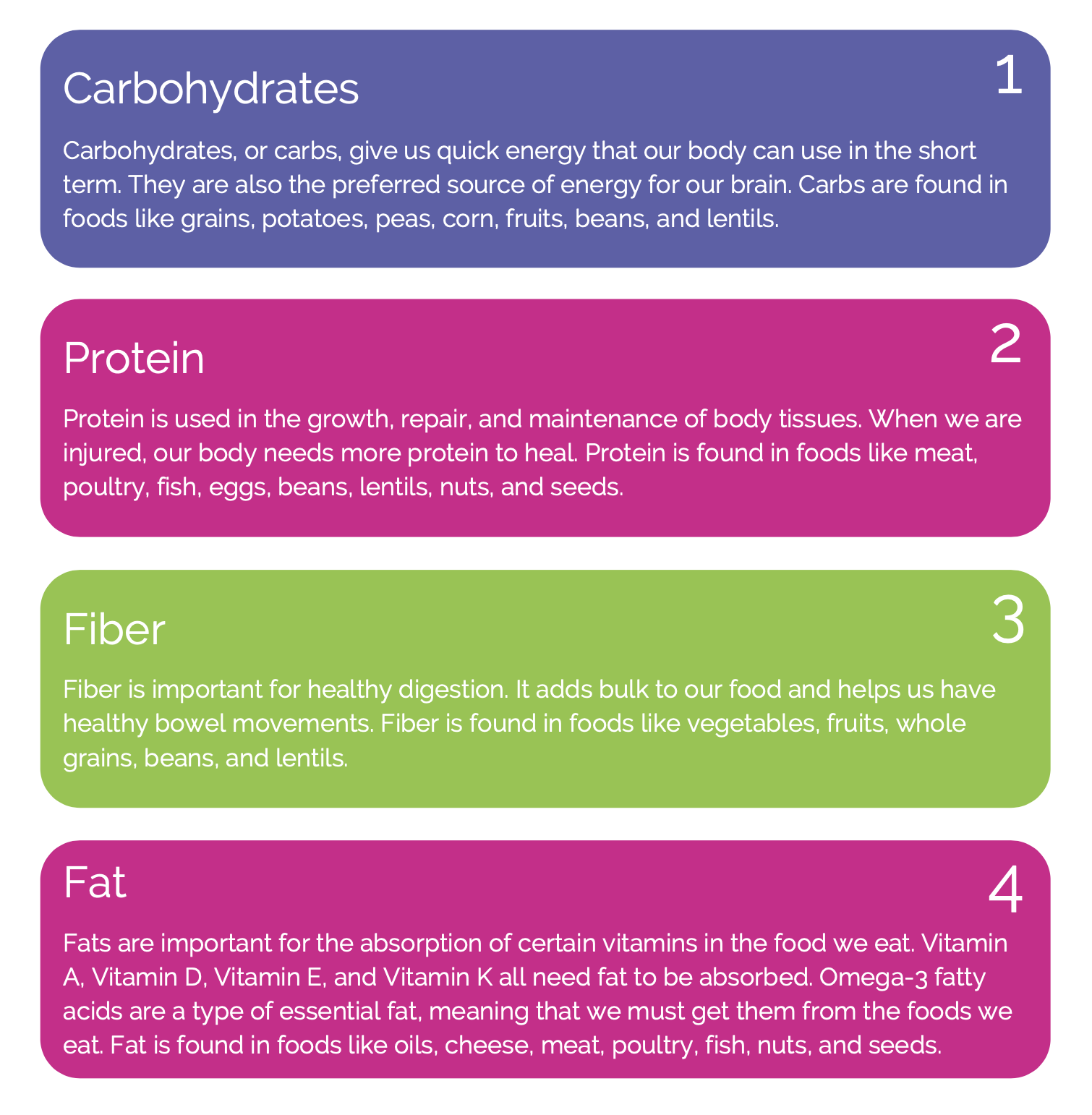 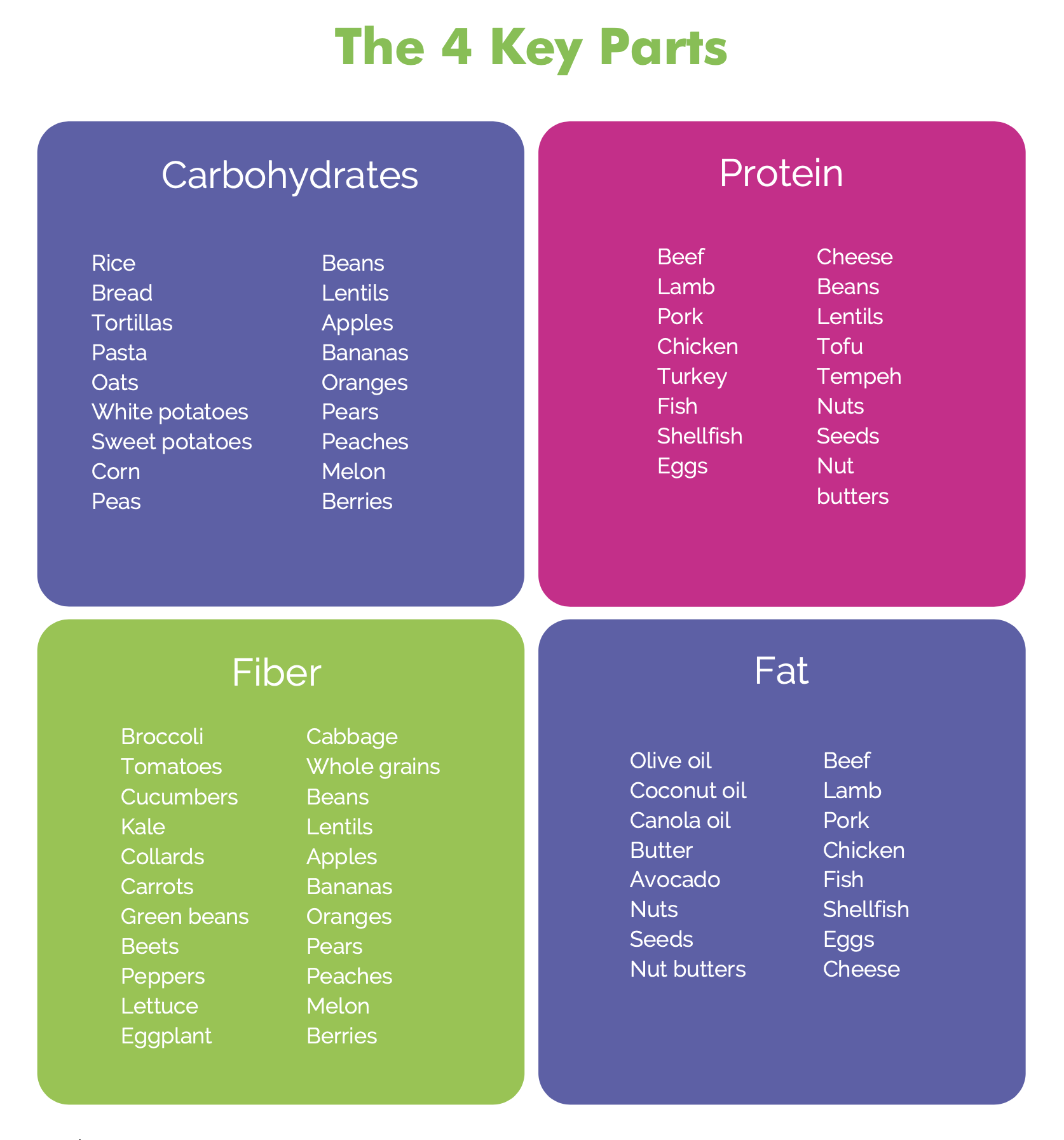 View and Print the Handout 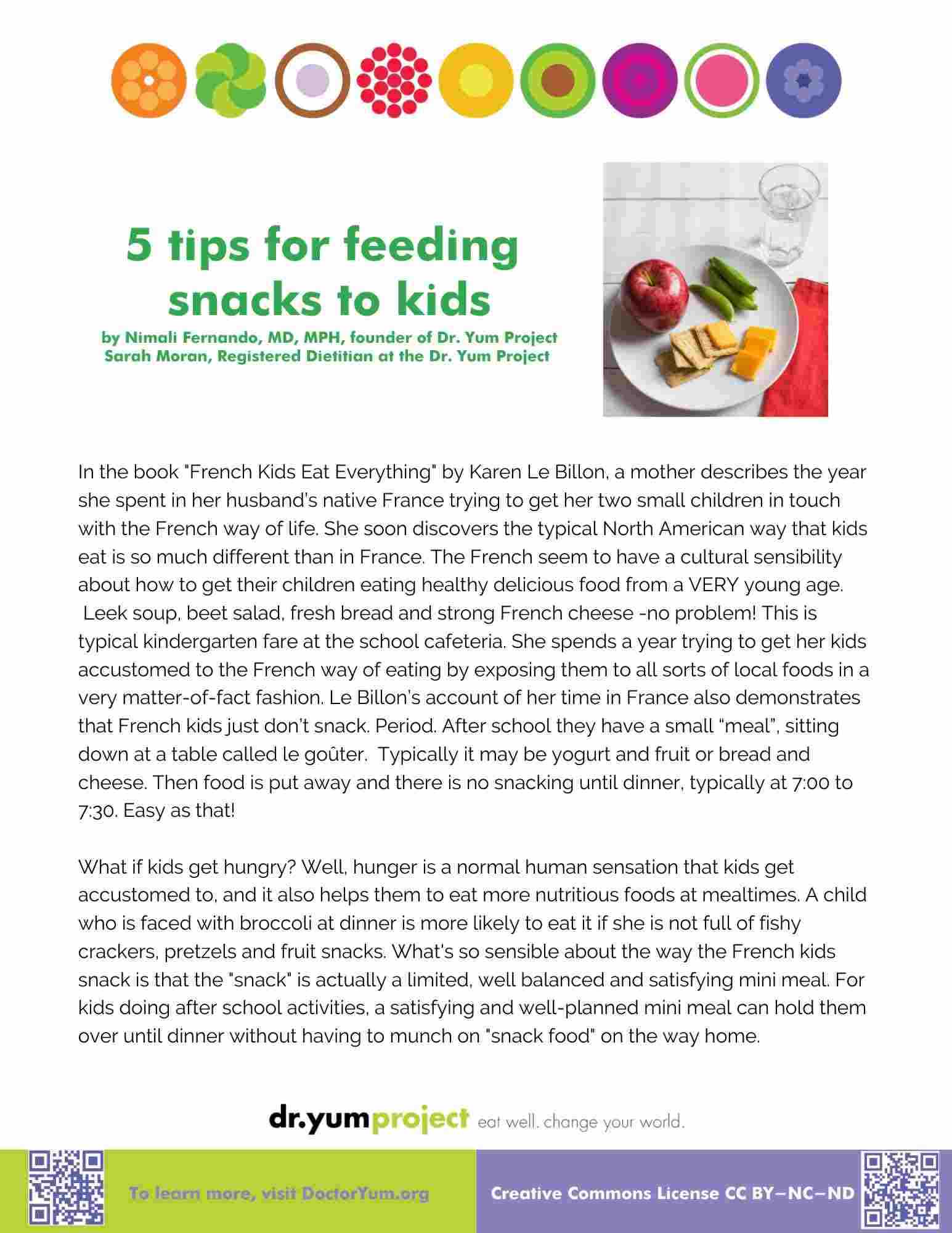